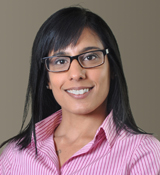 The government has ordered a taskforce to take over key services from Kensington and Chelsea Council following the Grenfell Tower Fire. The Council was very heavily criticised in the aftermath of the 14 June events, leading to the resignation of both the council leader and the chief executive. The taskforce is reportedly due to take over a number of council operations, including the housing department.

Sajid Javid, Secretary of State for Communities and Local Government, said in a written statement to MPs that the taskforce would consist of “experienced and senior people with a track record in delivery”, who will be reporting directly to him. Javid explained that the taskforce will focus particularly on housing, regeneration and community engagement. He said:

“It will work alongside the council to make sure that they have the manpower, expertise and resources necessary to take on the longer term recovery work beyond the immediate civil emergency response.”

London Mayor Sadiq Khan described the implementation of the taskforce as the “absolute minimum” that the government should do, and called for external commissioners to oversee the council until elections next year.

The decision to introduce a taskforce followed a tense three-hour long meeting on Tuesday, between survivors of the fire, Cdr Cundy and Westminster coroner Dr Fiona Wilcox. Survivors were reportedly upset at the lack of information about residents of the tower who are still unaccounted for. Dr Wilcox explained that the process of recovery will be a long one given the “apocalyptic” state of the tower.

The taskforce announcement came on the same day as the announcement of a government-set deadline to find temporary accommodation for the people made homeless by the fire. Some people have reportedly expressed concern over this deadline; Robert Atkinson, leader of the Labour party at Kensington and Chelsea Council said decisions about accommodation should not be rushed. He commented: “I want these arrangements to be made in the timescale and at the pace at which the victims and survivors wish to make these decisions.”

“There has been heavy criticism of the council's response to the disaster and this step should have been taken from the outset. Residents have lost all confidence and trust in the council. The taskforce may find it difficult to gain support from the community but this is a step in the right direction.”

Manjinder is a Solicitor in the Housing Department at Duncan Lewis’ Harrow office and has been working closely with people who were affected by the fire at Grenfell Tower.

If you have any further queries please do not hesitate to contact our team of expert housing solicitors on 0333 772 0409.

Duncan Lewis would like to express their most sincere sympathies to all those who have been affected by the Grenfell Tower fire. As an organisation we have raised funds and also made a significant donation in the form of clothes and other necessities to the victims and their families. In light of the current issues, it is imperative that residents know their rights, and Duncan Lewis Solicitors can offer advice on all housing matters, and can assist with inquest, judicial review and other related legal matters.

Duncan Lewis Housing Solicitors can guide clients in any matter or issues arising with local housing authorities, housing applications, tenants, landlords, ownership and repairs. With a niche expertise in Possession and Unlawful Eviction cases the Department holds a significant presence in County Court Possession Duty Schemes throughout London including the Central London County Court. The Housing Department also offers representation in all proceedings including reviews, appeals and judicial review proceedings relating to homelessness, disrepair, succession for tenants and neighbourhood disputes against local authorities.

For all Housing related matter contact us now.Contact Us
Call us now on 033 3772 0409 or click here to send online enquiry.