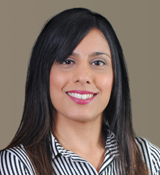 At least 78 homeless people died on the UK streets and in temporary accommodation during the winter, taking the number of recorded homeless deaths to over 300 since 2013.

Among those found dead in freezing doorways, shelters and tents were an ex-soldier, a quantum physicist and a young man mourning the death of his mother and brother.

According to statistics from the Bureau of Investigative Journalism (BIJ), the number of recorded deaths has doubled in the last five years. In 2017, 77 deaths were recorded compared to 32 in 2013, this year there have already been 40 recorded deaths but since local authorities are under no obligation to record the number of homeless deaths the true figure is likely to be higher.

The statistics also show that the average age of those who died on the streets was 43 – half the national life expectancy – and that 88% were men.

One man died in a homeless drop-in centre during the snow and sub-zero temperatures that gripped the UK in March this year. He was with his mother who is also homeless.

“I woke up and reached out for his hand but it felt really cold. I realised he was dead but tried to revive him… I am devastated.” The man’s mother said before adding, “I have no idea what my future holds now.”

Rough sleeping has risen by 169% since 2010, with 4.751 people sleeping outside in 2017. The lack of social housing and unaffordable rents have been blamed for the surge in homelessness and homeless deaths.

Responding to the BIJ’s statistics, a government spokesperson has said that;

“Every death of someone sleeping rough on the street is one too many. We are taking bold action and have committed to halving rough sleeping by 2022 and eliminating it by 2027.”

Manjinder Kaur Atwal is a Housing Director at Duncan Lewis Solicitors and can advise on social housing, homelessness and all other housing issues. For expert housing advice, contact Manjinder on 020 3114 1269 or email her at manjindera@duncanlewis.com.

If you have any housing related queries or require representation please do not hesitate to contact our team of expert solicitors on 0333 772 0409.