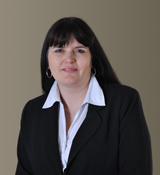 Duncan Lewis is pleased to announce the recent appointment of Heather Iqbal as a Director of Housing.

Heather joins Councillor Jamille Mohammed and Legal 500 recommended leading lawyer Subbiah Sivapunniyam as Director and Joint Head of the Housing department. Nerys Thomas will soon be joining the company’s Cardiff branch on 2nd March 2015 as a Director of Mental Health and Litigation.

Duncan Lewis’ Housing department has been independently recognised as a leading legal practice by Legal 500 UK 2014. The department has a niche expertise defending social tenants in possession and unlawful eviction cases from offices across London and throughout the UK. The company’s housing specialists provide representation in all proceedings including reviews, appeals and judicial review proceedings relating to homelessness, disrepair, succession for tenants and neighbourhood disputes against local authorities. Duncan Lewis is one of only five housing legal teams in the UK permitted to provide telephone / online remote advice to publicly funded clients in all areas of publicly funded social housing law via the civil legal advice (CLA) scheme.

Other recent Director appointments include London based Immigration judicial review specialists Gabor Nagy and Seher Toguz have recently been appointed as Directors of Immigration. The company’s Family and Childcare team expands further with Sarah Jopling, Francis Clare (Tooting office) , Michelle Bird (Harrow office) and Misbah Ali (Lewisham office) all appointed as Directors of Family & Childcare. They are joined by Kathy Walker and Kirsty Richards as new Directors of Family & Childcare in the company’s new offices in Barnet and Croydon respectively. The company’s Board of Directors now consists of 44 members responsible for 20 areas of law from 35 offices across London and throughout the UK.

For all Housing related matter contact us now.Contact Us
Call us now on 033 3772 0409 or click here to send online enquiry.