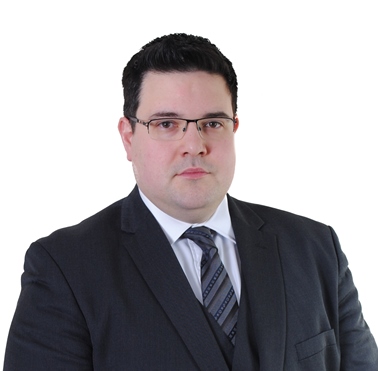 A medical student at Oxford University, who was not jailed after stabbing her boyfriend, will challenge her suspended sentence.

Lavinia Woodward, a 25 year old Oxford medical student was given a 10 month prison term suspended for 18 months at Oxford Crown Court after stabbing her partner.

In December 2016, Miss Woodward’s partner, a student at Cambridge University visited her. After drinking at her university accommodation, Miss Woodward became violent and began to attack her partner.

Woodward became enraged when she discovered her partner had contacted her mother without her knowledge and became ‘extremely angry’ and began throwing objects at him and stabbed him with a breadknife.

The student was said to have thrown a laptop at the victim before stabbing him, injuring two of his fingers. Woodward then tried to stab herself before her partner managed to disarm and restrain her.

Miss Woodward admitted unlawful wounding and was sentenced last September however the judge gave her four months to prove that she has changed for the better.

Conversely, Woodward breached her bail conditions by texting her victim but she was praised by Judge Ian Pringle QC who stated that the aspiring heart surgeon is an “extraordinarily able young lady” and receiving a prison sentence would be “too severe”. He added there were ‘many mitigating features’ in her case and that he found she was ‘genuinely remorseful’.

Additionally, ‘whilst you are a clearly highly intelligent individual, you had an immaturity about you which was not commensurate for someone of your age.’

The judge said Woodward had demonstrated that she is determined to overcome her alcohol and drug addiction and is able to undergo extensive treatment including counselling to address the issues she faced.

Her legal counsel, James Sturman QC stated that “she can’t even go to a nightclub in London, she’s so recognisable”. He added that she had undergone a “sea change” since staving off drugs and was now a “different woman”.

The judge’s decision to spare Miss Woodward was reached with criticism from male domestic abuse campaigners.

Mark Brooks, Chairman of the ManKind Initiative, deemed Woodward's sentence "unfair" and said she would have been expected to go to prison had she been a man.

Also, the issue of the victims background was raised as John Azah, chief executive of the Kingston Race and Inequalities Council, commented "If she wasn't Oxford-educated, if she came from a deprived area, I don't think she would have got the same sentence and been allowed to walk free."

Her sentence bid will be considered by three judges at the Court of Appeal in London.

“The starting point according to the guidelines for an offence of unlawful wounding involving a knife is one of 18 months with a range of between 1 year and 3 years. This is on the basis that the defendant was found guilty. Ms Woodward pleaded guilty and therefore, she would have been allowed credit for her guilty plea.

"However, the use of alcohol is an aggravating feature together with the fact that it occurred in a domestic context.

"The Judge would have been perfectly entitled to defer sentence for 4 months in order to see whether this incident was out of character as well as allow Ms Woodward the opportunity to mend her ways.

"The fact she received a 10 month custodial sentence suspended for 18 months seems to be a lenient sentence based on the guidelines.

"I take the point from other persons who believe that if you stab someone in a domestic context, you should receive a custodial sentence. The purpose of suspending any prison sentence is so that it allows the Judge to use their discretion based on all the circumstances. Whilst guidelines are useful to promote consistency, no two cases are ever the same.

"The fact remains, Ms Woodward was afforded 4 months to demonstrate a change in her character which she did. She was therefore given the benefit of the doubt when it came to suspending her prison sentence.”

Nicholas De Freitas has extensive expertise in all criminal matters, representing both private and legal aid eligible clients. As a Higher Rights Advocate, he has experience in a wide range of criminal proceedings and he has acted as Junior Counsel in a number of murder cases and complex fraud trials.

Duncan Lewis Criminal Solicitors can advise at any stage of a charge involving drugs offences, including possession, supply, or manufacturing or distributing Class A and Class B drugs or psychoactive substances.

There are Duncan Lewis offices across England and Wales – and a Duncan Lewis criminal defence solicitor can usually reach a police station for interview under caution within an hour.