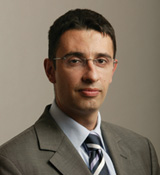 In the last year a record high number of rape and sexual offences were prosecuted, as revealed by the Crown Prosecution Service (CPS). Whilst convictions for sexual offences have risen, those linked to domestic violence have dropped.

The figures suggest that sexual offence and domestic violence cases account for 20% of the CPS’s caseload in 2016/17, which was as low as 7% ten years ago. The significant increase can be attributed to improvements put forward by the government to tackle violence against women.

When discussing the records, Alison Saunders, the Director of Public Prosecutions, has praised the new methods put in place to make prosecution possible. Allowances have been put in place to enable victims to come forward and supply evidence in previously unsupported ways. They are able to communicate via video chat or from behind a screen, with independent advisers on hand to support those coming forward.

Whilst the figures highlight the successes, including a higher number of successful prosecutions against child sex offenders than ever before, there are also some worrying drops which the CPS and police are monitoring to identify where the cause lies.

It is still apparent that the majority of violence against women occurs in domestic violence cases, however the figures depict a drop in successful prosecutions. The reduction may be due to the number of cases which are referred onto the Crown Prosecution Service, which is down because a larger number of protection orders are being issued.

Protection orders are offered to victims who would like to prevent further violence, but would not like to take it as far as to prosecute. Some domestic abuse cases do not involve physical violence at all. Since 2015, the domestic abuse law includes any emotional or psychological torment intended to control or manipulate the victim into submission. Under this, over 300 successful prosecutions have been recorded.

In light of the report, the Home Office have detailed plans to introduce a Domestic Violence and Abuse Bill, which will put in place a domestic violence and abuse commissioner in England and Wales. The plans intend to protect victims, whilst ensuring offenders are brought to justice.

Over the last 10 years significant efforts have been put in place to make the CPS more victim-centred. Rubin Italia, Director of the Crime department at Duncan Lewis, suspects that the rise in prosecutions may also be motivated by our awareness of such crimes and the changing attitudes towards reporting sexual offences as well as those committed in a domestic setting.

In a recent interview with Radio 4, Alison Saunders stated in relation to those acquitted of such offences:

This raises serious concerns about integrity of the system as there may be a reluctance to prosecute those who make false allegations, of which there appears to a growing number.

Duncan Lewis has offices across England and Wales meaning a Duncan Lewis criminal defence solicitor can usually reach a police station for interview under caution within an hour. We can advise as soon as a police investigation begins, even prior to an arrest.

If you or anyone you know needs advice on any sexual offence contact Rubin Italia, ranked by Legal 500 2017, our sexual offences specialist on 07500013118 or email at rubini@duncanlewis.com. Alternatively call Duncan Lewis crime lawyers on 0333 772 0409.