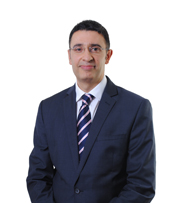 Automatic facial recognition (AFR) technology uses CCTV and other video surveillance to determine the assumed identity of an offender. Whilst this appears to be in the public interest, many are being wrongly targeted and asked to prove their identity as a result of its use.

Civil liberties group Big Brother Watch’s legal representatives have argued that the very use of AFR is in breach of Article 8 and 10 of the Human Rights Act 1998, in that it intrudes on freedom of expression and a person’s right to a private life.

Big Brother Watch are bringing the challenge after receiving £5000 in crowd funding alongside Baroness Jenny Jones who was targeted by AFR herself. She was routinely monitored going about her daily business because she claims that her photograph is on file in police database for ‘domestic extremism’. She has this to say:

"The idea that citizens should all become walking ID cards is really the antithesis to democratic freedom. Facial recognition surveillance is likely to impact on my political work...”

At present, AFR is still in its pilot stage, with the Met, Humberside, Leicestershire and South Wales police forces implementing it as part of the trial.

It works by taking the ‘real time’ shots recorded by video surveillance and comparing them with photographs held in the police database. Where a match is identified, that individual will be pursued and asked to prove their identity. So far, the technology has failed to provide satisfactory results, with only two recorded matches out of more than 100 alerts according to Met records.

Even when a match is proved to be false, the police are in the practice of storing biometric photos for up to a year without the individual’s consent.

This means that many individuals who have had their mug shot taken in police custody are made targets for investigation, potentially risking them being put forward as a suspect. Ultimately, this could result in injustice, not only intruding on innocent parties’ private lives, but wasting police time in the process.

As part of the trial, Met police officers targeted some 31 individuals, asking them to prove their identity. It was concluded that they had been wrongly identified in connection to the crimes. Big Brother Watch warn that this is exactly what is to come nationwide, should the technology be distributed across the UK after the trial period ends.

There is a worry that should it pass the pilot, it will be considered on the same level as other methods of identification in criminal cases, including finger prints and DNA evidence.

Dr Suzanne Shale, chair of the London Policing Ethics Panel, assures that there are still many hurdles to get past before it will be widely used by forces across the UK, reminding of the importance to keep AFR “the subject of ethical scrutiny.”

It has been used at a number of popular locations so far, including Notting Hill Carnival and Remembrance Sunday in 2017, and it was recently implemented in Westfield shopping centre.

The legal challenge being brought is intended to halt the use of the technology until it can be properly considered by parliament, the police and Home Office, to properly assess whether it is suitable to be used as part of criminal investigations.

Crime Director and Solicitor, Rubin Italia predicted that such a trial would be subject to legal challenge;

“The findings of the trial should be examined in detail. If the technology is inconsistent, then it should be shelved until such time as it’s improved. If anyone is stopped on the basis of flawed technology it risks undermining confidence in the police and the criminal justice system as a whole.”

In the extreme scenario that a person is identified as an offender through a false positive match and arrested for a crime they did not commit, instructing an expert criminal defence solicitor at the earliest opportunity is imperative.

All Duncan Lewis crime lawyers are police station representatives and can advise on criminal charges even before a charge is brought, when errors or misjudgements may occur and prejudice the outcome of a case.

Director & Solicitor Advocate, Rubin Italia is recognised by Chambers UK as a Leader in his field, specialising in criminal defence work in a broad range of offences including serious complex crime. He has a niche focus in immigration related fraud, ‘cuckoo smurfing’ money laundering cases, high-value confiscation proceedings and benefit/tax fraud defence work.