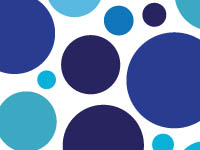 Ravinder Brar acted for the Claimants in this successful Judicial Review with Azeem Sutterwalla of Monkton Chambers.

This case examined the circumstances of a family seeking support under Section 17 of the Children Act 1989 as they were destitute. Following completion of the assessment the local authority wrote a letter adding to the reasons upon which the decision to refuse support was made by questioning the reliability of the Claimants Mother in a letter to solicitors. The grounds of claim which succeeded in this case arose from the procedural unfairness to the Claimants when their Mother was not advised of the issues raised in the subsequent letter during the course of the assessment and the consideration of irrelevant information when reaching a decision.

The Claimants S and J are aged 15 and 4 years. S is a British citizen. J has limited leave to remain along with his Mother. The Claimants mother was granted leave to remain in the UK in 2013 with a restriction preventing her from accessing public funds. Following her arrival in the UK in 1994, she had lived with friends or in rented accommodation including accommodation provided by the Defendant. When the family approached the Defendant on 7th December 2015 they were sleeping in the living room of a friend’s property. No assistance was provided and the family continued to move around North London staying with different friends. From April 2016 they slept on the kitchen floor of a friend’s property. The claim was issued on 15 June 2016 and permission and interim relief was granted at a hearing on 28th June 2016.

The Claimants Mother worked but had a limited income which prevented her from being able to afford the cost of rent as well as the cost of meeting the essential living needs of herself and her children. The Claimants were referred to the local authority for an assessment and support by Project 17.

The local authority agreed to undertake an assessment in January 2016. In April 2016 they wrote to advise that the assessment concluded that the Claimants were not children in need for the purposes of section 17 of the 1989 Act. In pre action correspondence the Claimants solicitor challenged the conclusion of the Assessment and sought a review of the decision. The Defendant re-affirmed its decision in a letter dated 3rd June 2016 and included a new claim that the Mother was not reliable as she had not fully co-operated with the assessment process, had not provided detailed evidence of her income and expenditure, had provided inconsistent evidence and had shown a lack of honesty in the past.

Following a hearing on 21 September 2016 in his written judgement dated 28 October 2016 Neil Cameron QC held that the assessment of the Claimants be quashed and allowed the application on the following grounds:

In S and J one of the issues was whether sufficient enquiries were made, particularly in relation to matters where lack of information caused the Defendant concern. The Claimants submitted that the Defendant was not justified in relying on evidence and concerns relating to the mother’s unreliability as that evidence and those concerns were not put to her so as to give her a chance to respond before any adverse inferences were drawn. Helen Mountfield QC in R (O) v. Lambeth at paragraph 20 held that fairness demands that any concerns are put to the applicant so that they can have a chance to make observations before any adverse inferences are drawn from gaps in the evidence.

Haringey had specified the information they had not received including evidence of how the Claimants mother paid rent and wage slips in their decision letter. She had not in fact been asked to provide this evidence. Unreliability was not cited as a reason to support the findings of the Assessment and this was only raised in Haringey’s letter of 3 June 2016. The letter relied upon and referred to the cases of R (Antwa) v. LB of Lambeth 10th March 2016 (unreported) and to R (A) v. LB of Lewisham 5th May 2016 (unreported) as being similar to the circumstances of this case. Neil Cameron QC stated at Paragraph 105 that the allegation in the letter that the Mother “was unreliable may have been unduly influenced by a desire to contend that the Claimants’ case was similar on the facts to Antwa.”

In his judgment Neil Cameron QC found “that was a procedural deficiency which caused unfairness” and this was an error of law (paragraph 107-8). He also held that as the Council did not make proper enquiries it took into account irrelevant considerations by relying on the failure to provide certain evidence.

In their April 2016 report “Making life impossible” the Children’s Society reported that 6 in 10 families with no recourse to public funds who approached their Local Authority for support under Section 17 of the Children Act 1989 in 2015 were not supported. They found that:

Local authorities are increasingly putting barriers in place before supporting families under Section 17 of the Children Act 1989, and are using new methods to reduce access to this support. This is leaving children destitute and at risk of exploitation.

We are consistently seeing local authorities making unreasonable demands for information and putting up hurdles when carrying out assessments and also when providing support. Whilst a local authority can justifiably refuse support where applicants have failed to co-operate and provide the requested information to enable assessments to be carried out, it has been seen by us that local authorities take a forensic approach and seek to refuse support where any element of the applicant’s account is inconsistent or where they have been unable to provide a dossier of evidence to prove their destitution. It can be difficult for applicants to provide documentary evidence or an exact account where they have been staying with different friends and families over a period of time to survive. Such an approach takes the focus away from safeguarding and promoting the best interests of children.

Ravinder Brar comments that “the case of S and J highlights the need for local authorities to approach each case on the facts and act fairly allowing the Claimants an opportunity to provide an explanation and information before jumping the gun to draw a negative inference. Local authorities are highly critical of applicants and often place reliance on R (O) v Lambeth in refusing support and this case makes an important point of their obligations to act fairly procedurally”.

Find full details of this case on Bailii’s website here.