Awards and Recommendations for Stefan Vnuk 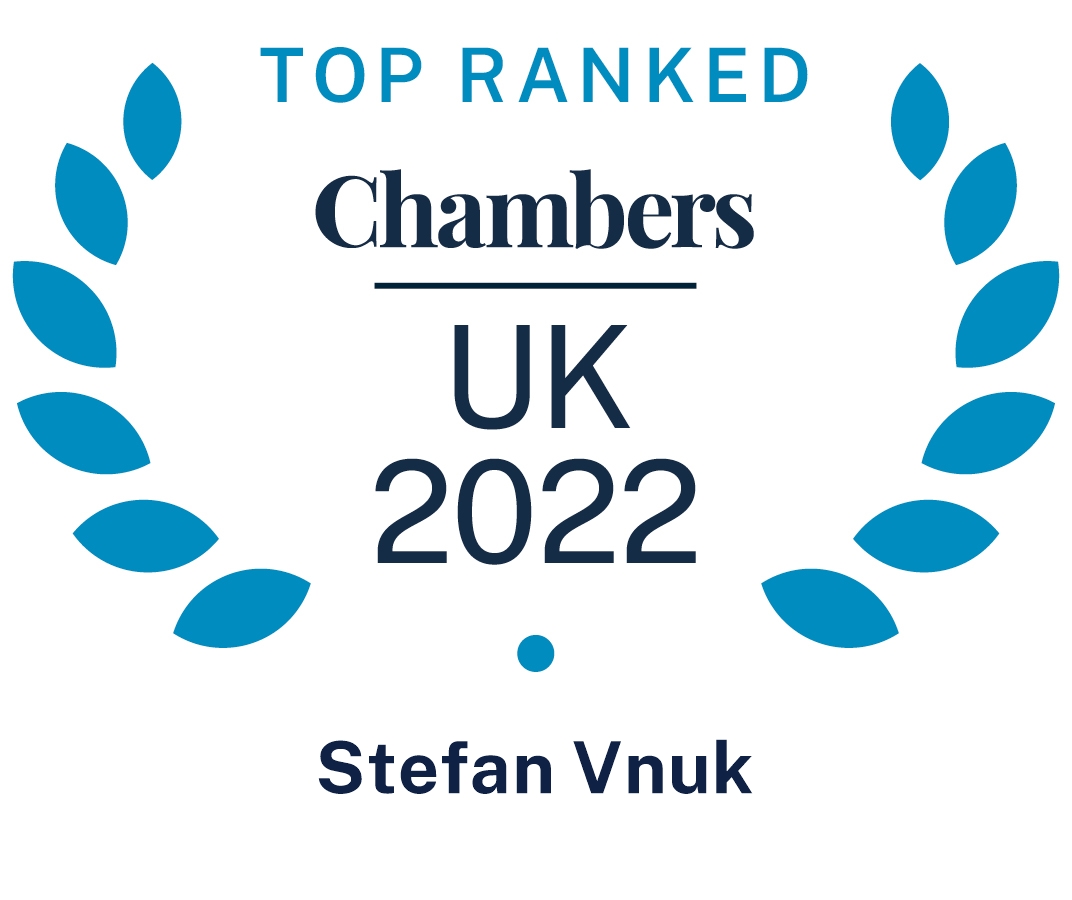 Ranked Band 1: "Stefan Vnuk is noted for his expertise in human rights and unlawful detention cases. He often appears in the highest courts including the Court of Appeal and ECtHR. 'An outstanding solicitor, he has absolute commitment to his clients and is legally brilliant, tactically astute and absolutely meticulous.'"

"He is one of their star lawyers - a very strong and committed practitioner. He is always ahead of the game in judicial review and unlawful detention matters."

Stefan is a Recommended Lawyer in the 2020 edition of The Legal 500.

Stefan Vnuk "works tirelessly on behalf of clients; his attention to detail is really extraordinary," according to sources. Clients appreciate his extensive experience in unlawful detention cases and appeals against deportation.

Stefan Vnuk is a Band 1 ranked solicitor in Chambers 2019 for his work in Immigration: Human Rights, Asylum and Deportation, London firm. Sources say he is "pragmatic with a good sense of judgement" and also praise him for being a "superb litigator."

Chambers UK 2019 Edition.
Immigration / London
I am a solicitor in the Public Law department at Duncan Lewis. I joined Duncan Lewis in October 2018 and work alongside Public Law Director, Toufique Hossain and his team of solicitors, trainees and caseworkers.

I act in all areas of immigration, asylum and human rights law and have a particular emphasis on complex cases in the higher courts including the Supreme Court and the European Court of Human Rights.

I am recognised in the prestigious legal directories Chambers and Partners and The Legal 500 for my immigration work and in 2015 I was a finalist in the Public Law category of the Legal Aid Lawyer of the Year awards.

I have been a member of the Immigration Law Practitioners’ Association (ILPA) since 1997 and am an Advanced Caseworker (Level 3) under the Law Society's Immigration and Asylum Accreditation Scheme. This means that I have shown that I have a high level of knowledge and experience in the area of Immigration law. There are only a small number of immigration practitioners throughout England & Wales that hold this quality mark.