Awards and Recommendations for Ahmed Aydeed 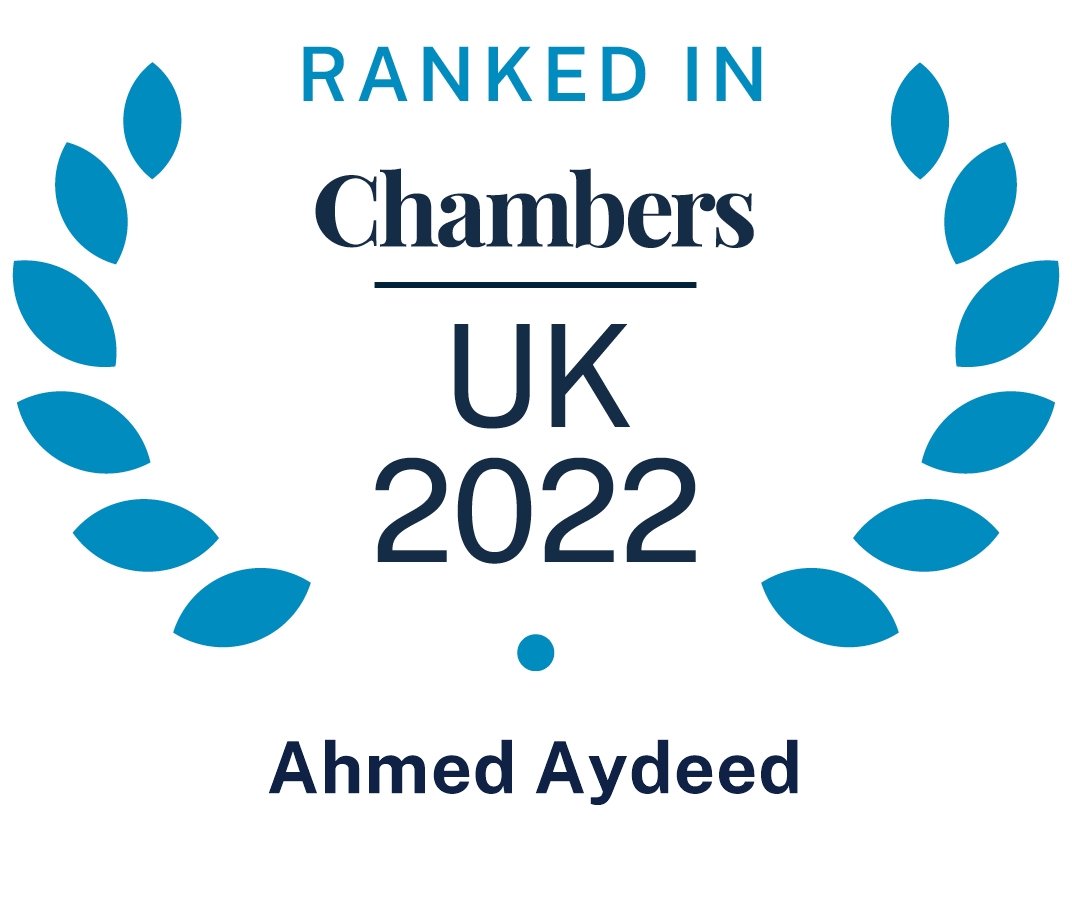 Ranked as 'Up and Coming', they comment: "Ahmed Aydeed is routinely instructed in judicial reviews that challenge Home Office immigration detention policy. His clients often include vulnerable individuals, from victims of trafficking and abuse to individuals with mental health needs. 'He gets very good results and is impressive.'"

Ahmed is a Recommended Lawyer in the 2022 edition of The Legal 500 and "is highly regarded".

"He is very strategic - he looks at the bigger picture and maximises the effect of the litigation he is involved in. He is very on top of the law and he cares hugely about his client base."

Duncan Lewis Solicitors fields a large immigration team that has significant expertise in immigration, asylum and judicial review claimant matters under the leadership of Ahmed Aydeed.

Ahmed Aydeed is a Recommended Lawyer in the 2020 edition of The Legal 500.

Ahmed Aydeed is a Recommended Lawyer in the 2020 edition of The Legal 500,

I am a Director of Public Law at Duncan Lewis. I have extensive specialist experience in advising individuals on all types of public law issues. I have a broad practice in the areas of public law & human rights, including asylum, international protection, EU law, nationality law, administrative detention, discrimination & equality, family and child care proceedings. I am a Recommended Individual in the 2019 edition of The Legal 500 for my immigration work, described as having "extensive experience asylum claims and unlawful detention matters"

I have represented individuals in Judicial Review proceedings against the Lord Chancellor, the Secretary of State for the Home Department, the Crown Court & Local Authorities.

I have been at the forefront in the battle against the unlawful detention of migrants in the UK, the unlawful processions of asylum claims in the UK through the Detained Fast Track system and, in particular, the criminalisation & detention of trafficking victims, torture victims & unaccompanied minor refugees.

I have brought successful class action challenges against the Secretary of State for the Home Department for:

I supervise a team of solicitors, trainees and caseworkers all dedicated to representing the most vulnerable in society.