Awards and Recommendations for Javeria Ijaz 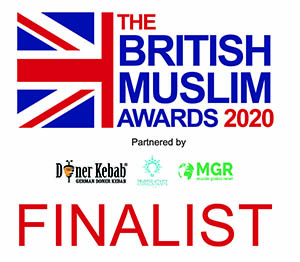 Finalist at The British Muslim Awards 2020

British Muslim Awards 2020 Edition.
Immigration / Other
I am a Supervising Solicitor in the Immigration and Public Law Department at Duncan Lewis.

I have over nine years of Post Qualification Experience (PQE) as a solicitor, and I supervise a team of solicitors, trainee solicitors, paralegals and caseworkers at the firm’s Birmingham branch.

I have in-depth experience as an advocate, representing clients involved in immigration, nationality, asylum and human rights cases at the First-tier Tribunal and Upper Tribunal of the Immigration Asylum Chamber. I also have an excellent knowledge of the procedures involved within the High Court and Administrative Court that involve judicial review matters and challenging applications and appeals at the Court of Appeal. Additionally, I have also represented in country guidance and lead cases.

I am currently seeking to challenge the Legal Aid Agency in their refusal to grant the funding of an amendment to the legal aid certificate to cover an application for permission to appeal to the Court of Appeal. Concurrently, I am seeking to appeal the decision of the Independent Funding Adjudicator which upheld the LAA’s refusal to grant funding for the same issue.

Along with a team, I recently challenged the Home office with a case at the European Court of Human Rights. The case involved a claim for judicial review challenging the refusal of a fresh claim and seeking urgent interim relief by way of an injunction preventing the client’s removal from the UK. The client was successfully granted that injunction in a court order but permission to bring the judicial review was subsequently refused on the papers and the claim certified as “totally without merit.” I challenged this on the basis the Judge erred in law in refusing permission for judicial review, and in certifying the claim as totally without merit. Whilst the Court of Appeal refused permission to appeal this further, the case was submitted at the European Court of Human Rights leading to a successful decision from the courts, preventing the removal of the client. From approximately 842 rule 39 applications submitted in the last three years, only two were accepted and this case is now the third. The case is currently waiting to be considered substantively at the European Court of Human Rights.

In Judicial review matters I work on Rule 34/35 matters, certification under s94 and s96 of the Nationality, Immigration and Asylum Act 2002, and am currently anticipating delay and fresh claim cases with a view to judicially review the decisions. Working predominantly with minors, I also have cases where I seek to challenge age assessments which will also materialise in judicial review proceedings.

I have particular experience assisting vulnerable clients including; asylum seekers, victims of domestic violence and trafficking as well as unaccompanied asylum seeking children in social care. My wide range of clientele and caseload has broadened my perspective on various cultures, traditions, languages and diversities, enabling me to meet clients from across Africa, Asia and Europe and has helped me to supervise and lead her team to success.

I am a Solicitors Regulation Authority (SRA) Level 2 Caseworker and Office of the Immigration Services Commissioner (OISC) Level 3 Senior Caseworker under the Law Society's Immigration and Asylum Accreditation Scheme. This shows that I have demonstrated the required level of expertise in this area of law as desired by the society. It also allows me to work for both private and publicly funded organisations in the West Midlands.

My diverse career includes qualifying as a Legal Aid Lawyer at the largest law centre in the UK, working at The Citizens Advice Bureau and non for profit organisations across the UK and also at the UKVI in the Removal and Cessations Team.

My experience of working at the UKBA has strengthened my will to challenge the UKVI’s decisions on a variety of cases and advocate on behalf of refugees fearing persecution from asylum and human right violations.