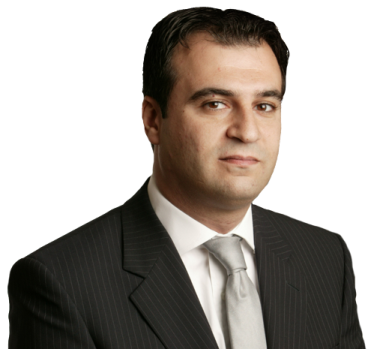 A think tank, namely Global Future, stated introducing electronic identity cards and tightening current rules could overcome concerns over immigration. Moreover, the UK could implement this potentially without the need to leave the EU. Many commentators and politicians have stated that many EU countries within the UK have made use of powers to manage migration and are perplexed why the UK have not done the same.

Lord Adonis stated: “…The choice between EU membership and controlling migration is a false one. Electronic ID cards would mean we know exactly who is here and give us real control over access to our public services and entitlements…These policies are practical, actionable solutions to immigration that are already being deployed across Europe. I believe strongly that they will help to persuade voters that the best way to take back control is to stay in the EU and get serious about immigration and welfare enforcement – so let’s do that instead of trashing our economy on the basis of a false choice...”

The Labour peer backing the findings of Global Future highlighted that Britain is the only country within the EU that does not have a national ID card system. The report asserts that British citizens were not opposed to immigration in principle and wanted tougher/proper controls to prevent crime and ‘freeloaders’. Remain supports would support such measures rather than ending free movement. The national ID card would bring benefits such as control of access to benefits, use of public services, use of the NHS and right to work. It is likely that these proposals will be strongly opposed by civil rights campaigners who halted similar proposals under the Blair administration. Now that freedom of movement is threatened, concerns over surveillance and privacy might be less unpopular with British citizens only time will tell.

Author, Ayan Yalchin heads our business immigration team alongside Vicash Ramikissoon and Tamana Aziz. Ayan continues to be recommended by Legal 500 2019 for his immigration work in London. Ayan specialises in Tier 1, Tier 2, and sponsorship licences for companies including renewals and advising on processes and compliance, Tier 4 (students) and Tier 5 (temporary workers), as well as EEA and ECAA applications.

Ayan has a strong practice representing high net worth individuals and has extensive experience providing bespoke Immigration solutions to a wide range of industries including fashion, food and beverage, precious stones, finance, insurance, media, IT, energy and healthcare.

Our Immigration department is ranked as a top-tier practice in Immigration: human rights, appeals and overstay matters in The Legal 500 2019.

Our Business Immigration team continue to be ranked by Legal 500 with the 2019 edition praising their practice, representing ‘SME clients on a range of matters such as the PBS, sponsorship licence applications, and compliance [and acting] for high-net-worth individuals from Asia, Russia and the Middle East on Tier 1 and investor visas.’

As leading immigration specialists we advise on business immigration, right to work in the UK, Tier 2 visa applications, student/graduate visas, spousal visas and visa overstays. We are also able to advise businesses and individuals on any changes to UK immigration law during Brexit negotiations and after 29 March 2019, post-Brexit.


For all Business Immigration related matter contact us now.Contact Us
Call us now on 033 3772 0409 or click here to send online enquiry.